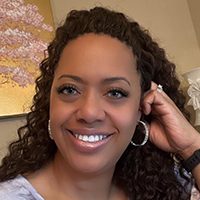 In 2008, Mrs. Daniel was recognized as the first recipient of the Law and Public Service Program Award for Outstanding Public Service by a Recent Graduate. The award recognizes recent Mercer graduates whose professional contributions reflect an ethic of public service. In 2009, Mrs. Daniel received the Justice Robert Benham Award for Community Service, presented by the State Bar of Georgia. In 2014, she received the Domestic Violence Task Force Member of the Year Award from the Georgia Commission on Family Violence. In 2015, she received the Woman of Achievement Award from the National Federation of Business and Professional Women’s Clubs, Inc. of Georgia. Also, in 2015, she received the Bensonetta Tipton Lane Award for Commitment to the Family from the Georgia Association of Black Women Attorneys. In 2019, the State Bar of Georgia’s Access to Justice Committee awarded Mrs. Daniel the Dan Bradley Award. In 2020, the Daily Report named her as one of the Best Mentors. Also, in 2020, Mrs. Daniel was appointed to serve on the Georgia Commission on Family Violence. Additionally, she served on the Georgia State Bar Disciplinary Board and currently on the Access to Justice Committee for the State Bar of Georgia.