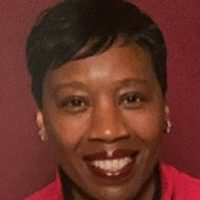 Lisa Berrian was born and raised in Eastman, Ga, and has lived in Macon, Georgia for over 30 years. She graduated from the University of Georgia in 1988 with a Bachelor of Arts degree in Journalism and a minor in Business and Communicative Arts. Lisa has received several awards and recognition throughout the years, such as 2011 United Way Loaned Executive (doubled the giving at The Ledger-Enquirer, 2010 Reach Contest First Place winner (revenue performance) in Tier Group with McClatchy,  2008 Top 3rd paper in revenue performance for McClatchy, 2007 Ledger’s Best – People Development, 2006 Ledger’s Best and Brightest, 2005 Presstime’s “20 under 40”,  2005 Knight Ridder Excellence Nominee for Operational Excellence.

Through the different roles Lisa has held, she brings a combination of  30+ years of management, sales and fundraising experience to the Middle Georgia Justice team. Lisa is married to Robert Berrian and has 4 children and 6 grandchildren.

― Roy T. Bennett, The Light in the Heart