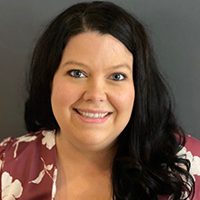 Danielle Hysell was born and raised in Macon, Georgia and currently resides in Houston County with her husband Seth and two children Naomi and Preston. She graduated from Georgia College and State University in 2010 with an undergraduate degree in Criminal Justice. After college, Danielle started working as a Deputy Clerk for Macon-Bibb County’s Juvenile Court. After a few years, she transitioned to the District Attorney’s Office as their very first Victim’s Advocate in Juvenile Court. She then moved to Superior Court about two years later and worked as a Victim’s Advocate for major felony cases which involved child molestation, sex crimes, aggravated assaults, murders, and property crimes. Danielle enjoyed her time at the District Attorney’s office because it allowed her to help so many people who needed assistance navigating the criminal justice system. She chose to pursue a career with Middle Georgia Justice because it is so fulfilling to be able to help people on a daily basis with issues they would otherwise not have the resources to access for themselves. Middle Georgia is flooded with people in need, and she is glad to be a part of such a critically important organization like Middle Georgia Justice.