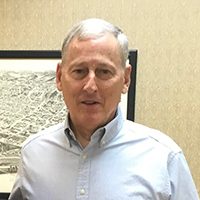 Bill Adams  Judge Bill Adams joined Adams Law Firm in July 2017 following nearly 19 successful years serving as Judge of the State Court of Bibb County. Judge Adams’ love for both the legal field and the Macon community has spanned his adult life, and his leadership in both has spanned almost as long.The eldest son of Middle Georgia “legal legend” Charles Adams, Judge Bill Adams grew up with a plan to practice law. He joined his father’s law firm in 1977 upon graduating cum laude from Mercer University’s Walter F. George School of Law. In 1978, he went on to serve as an Assistant United States Attorney in the United States Attorney’s Office for the Middle District of Georgia. There, he prosecuted a wide array of federal crimes and served on the Organized Crime Drug Enforcement Task Force. In 1986, he rejoined Adams, Hemingway and Hemingway as partner, engaging in a varied practice of civil and criminal litigation in state and federal courts.

In 1998, Judge Bill Adams ran unopposed for an open seat on the State Court bench after the retirement of Judge Taylor Phillips. Adams was re-elected (unopposed) four more times. While serving on the bench, he gained expert legal knowledge in all aspects of civil trials from a perspective that few attain and even fewer take back to private practice.

As Adams Law Firm’s “Of Counsel” attorney, Judge Adams applies his decades of legal knowledge to fight for justice for our personal injury and wrongful death clients, considering the nuances involved in each individual case. Judge Adams is also a registered mediator and arbitrator. He is a member of the panel of neutrals at Adams ADR Services. Judge Adams is President of Middle Georgia Justice, a local non-profit dedicated to closing the justice gap in Middle Georgia.

A dedicated family man, community member, and baseball lover, Judge Bill Adams has served in many volunteer roles at Vineville United Methodist Church, Vine Ingle Little League, and the Kiwanis Club of Macon. He enjoys spending time with his wife, children, and grandchildren, especially at the lake.